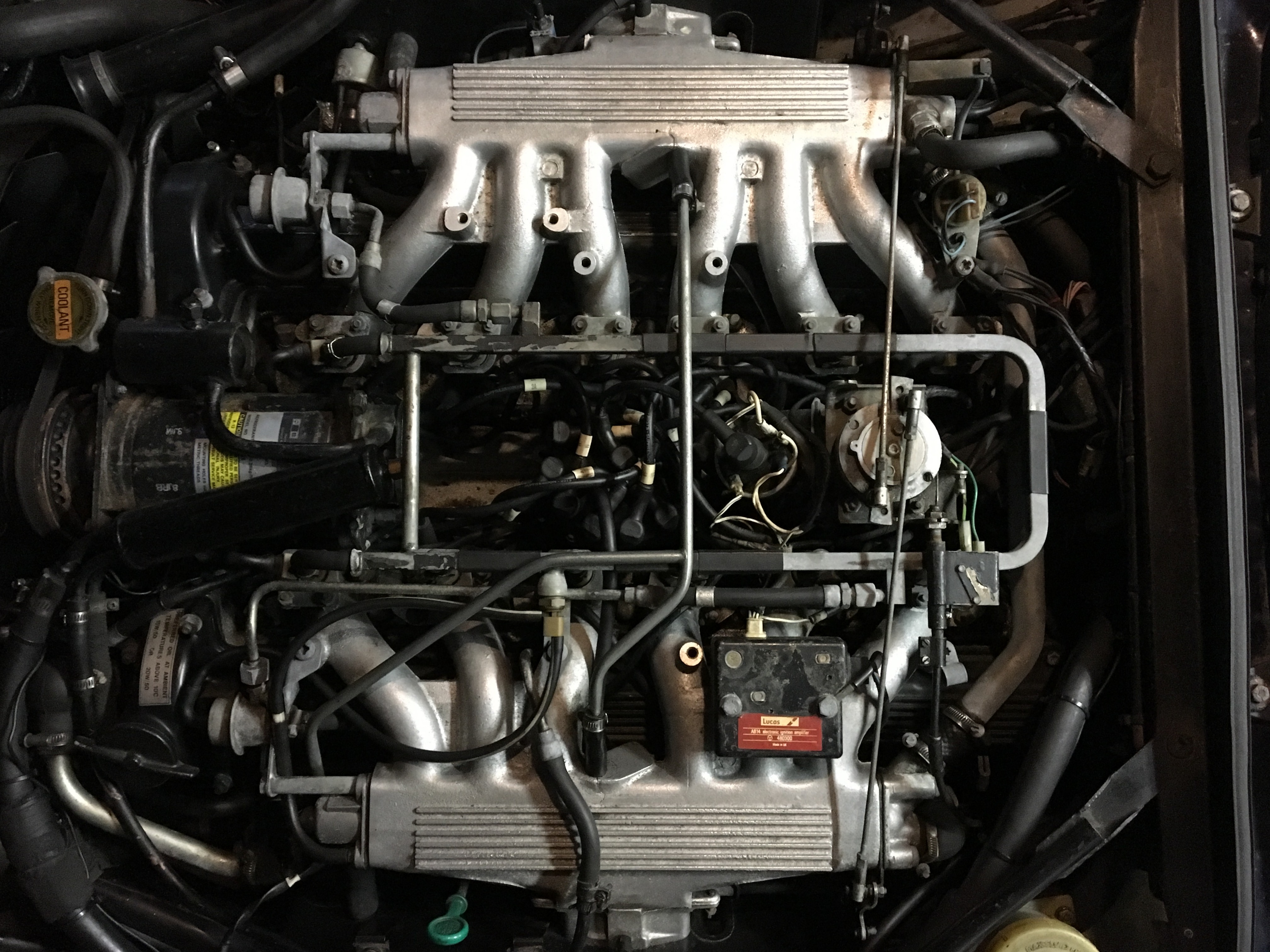 The system consists of an ordinary, but of course large distributor with a rotor and a vacuum advance system. 2 oil filled ignition coils in parallel is the original setup. One is connected as in any car with traditional ignition, while the other doesn’t have an output and is coupled in parallel. The second coil is placed quite remote in front of the radiator ! 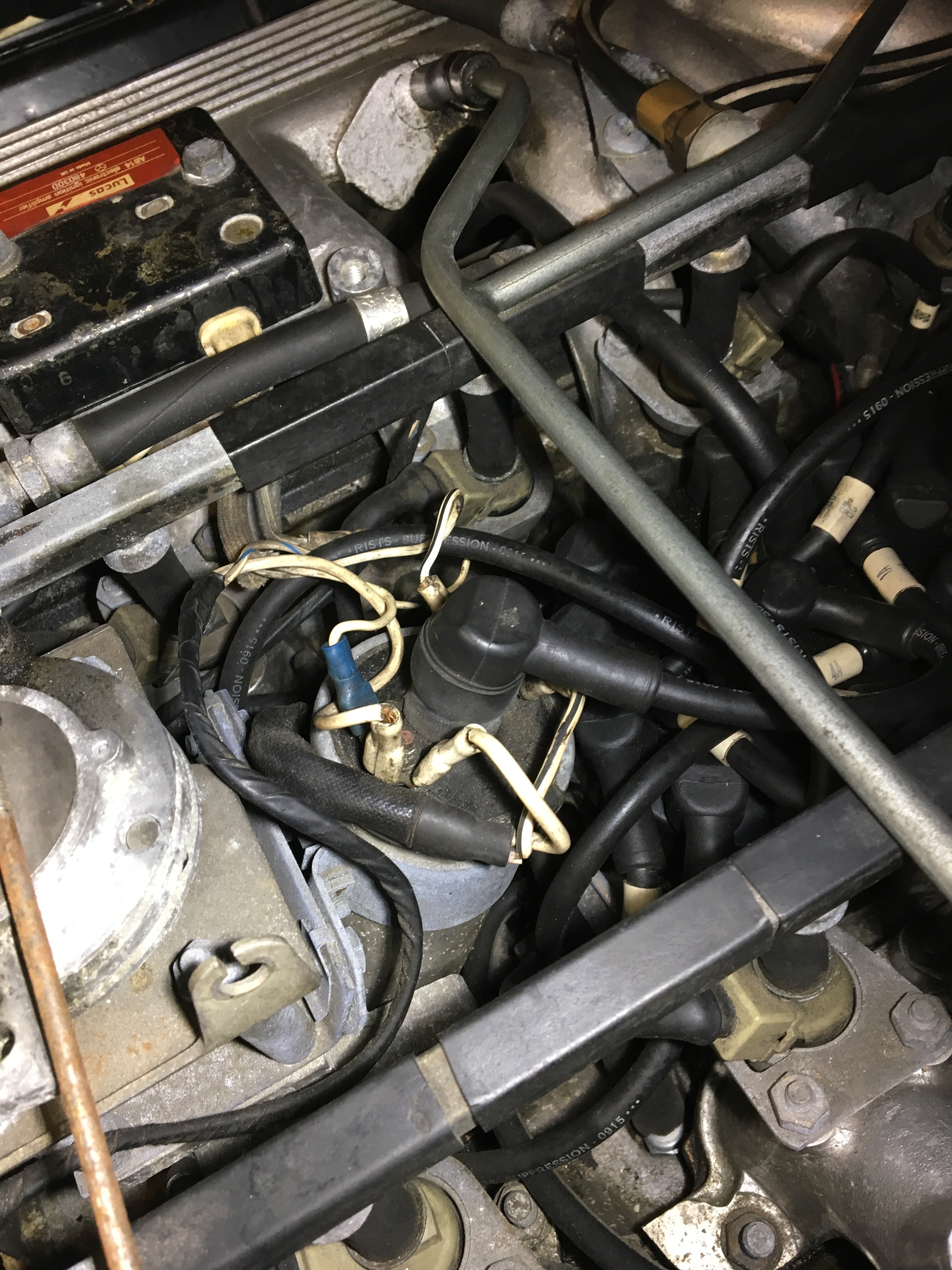 The advancing system is known to seize up preventing correct function. With the distributor cover off the rotor shall move freely as shown in the video below. Even though you are not changing the rotor, pry it off (carefully, springs below will be damaged if it’s stuck) and add a few drops of synthetic engine oil to the axle before placing the rotor again.
Photos on RH side shows the original coil squeezed between the capstan and distributor. The space in the V is exploited well, and our car doesn’t even have the cruise control, which is also located in the V.

Later models use a single, ‘dry’ coil, and I decided to update to this new configuration as coils doesn’t live forever. Spare part no is DAC 6093 and it was a direct replacement fitting same bracket and connectors.

Spark plugs looked fine, but I decided to change them anyway. Looking back in the log they were actually only 5000 km old, so I haved saved them. They old plugs were really hard to get out, most likely due to mounting without using a torque wrench. The specification is only 11 Nm, and it just feels like you’re not really tightening the plugs…
I removed the throttle capstan and moved the A/C compressor out of the way to improve access. It was not abig deal, and I will therefore do that next time as well as the access to front and rear plugs is quite bad.
First photo below shows the compressor moved out of the way and use of a piece of wood to support the wrench while removing the old plugs
Second photo shows the V without capstan, ignition and compressor. I took the opportunity to clean up the V a bit, probably for the first time in 15-20 years. 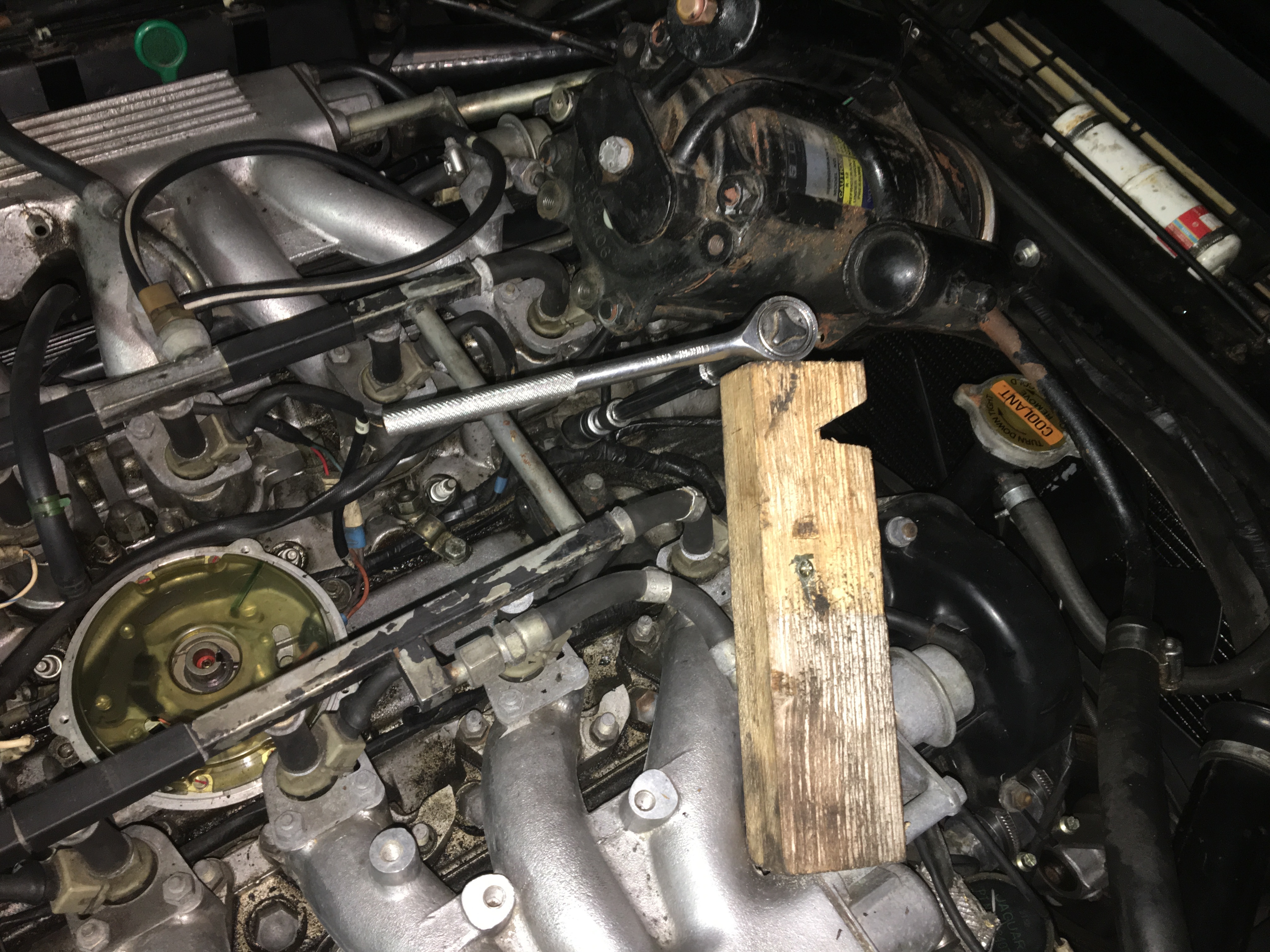 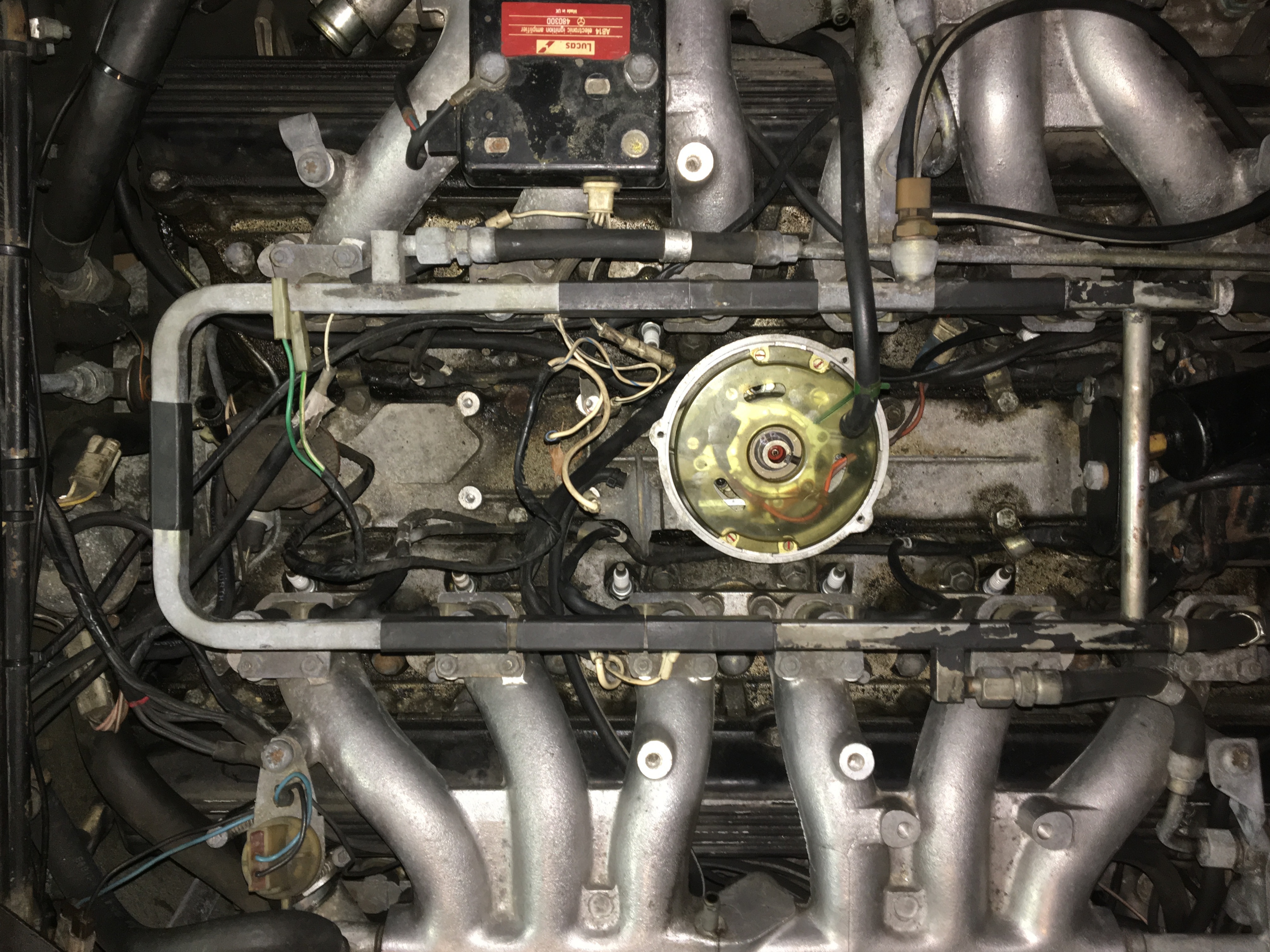 The new plugs is EBC4021, NGK BR7EFS. They came gapped correctly at 0.65mm from David Manners. The plugs has tapered seat and must be tightened with the correct torque (11 Nm), preferably with usage of lubricant. I used a ceramic grease intended for this use. Copper grease should be avoided due to corrosion issues in aluminium heads.

I took the effort of indexing the plugs. It will probably not have any impact, but it can on the other hand not hurt. The idea is to swop the plugs around until the electrode gap opening is facing the inlet valve/inlet flow to ensure that the spark is not ‘hidden’ by the side electrode. I managed to get all plugs gaps to face outwards ± less than 90°.

Ignition cables was uprated to blue 8mm Magnecor HT leads (Magnecor UK part no 1001). These cables were a good fit. Delivery time is appr 3 weeks as they are manufactured at order. 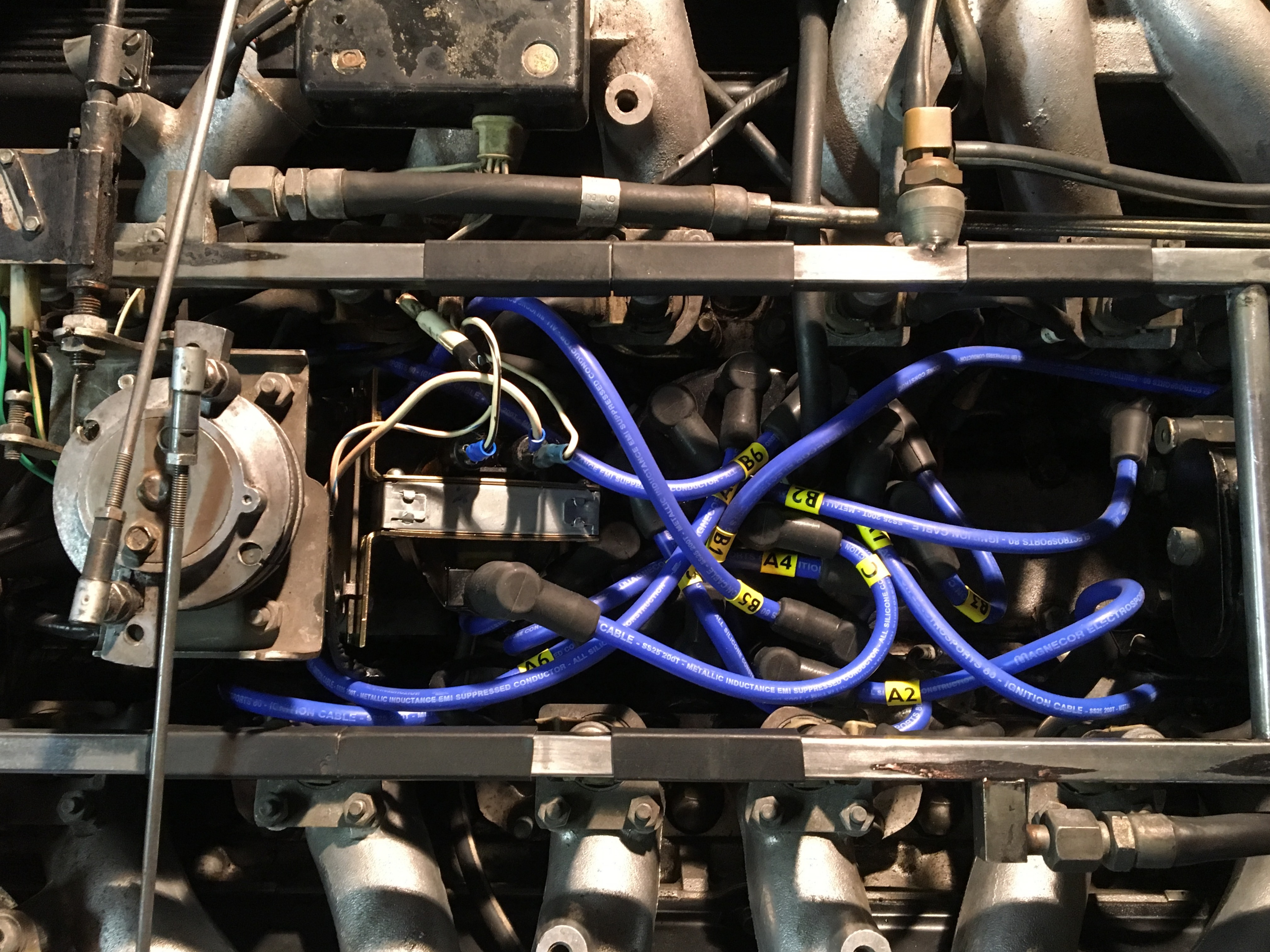 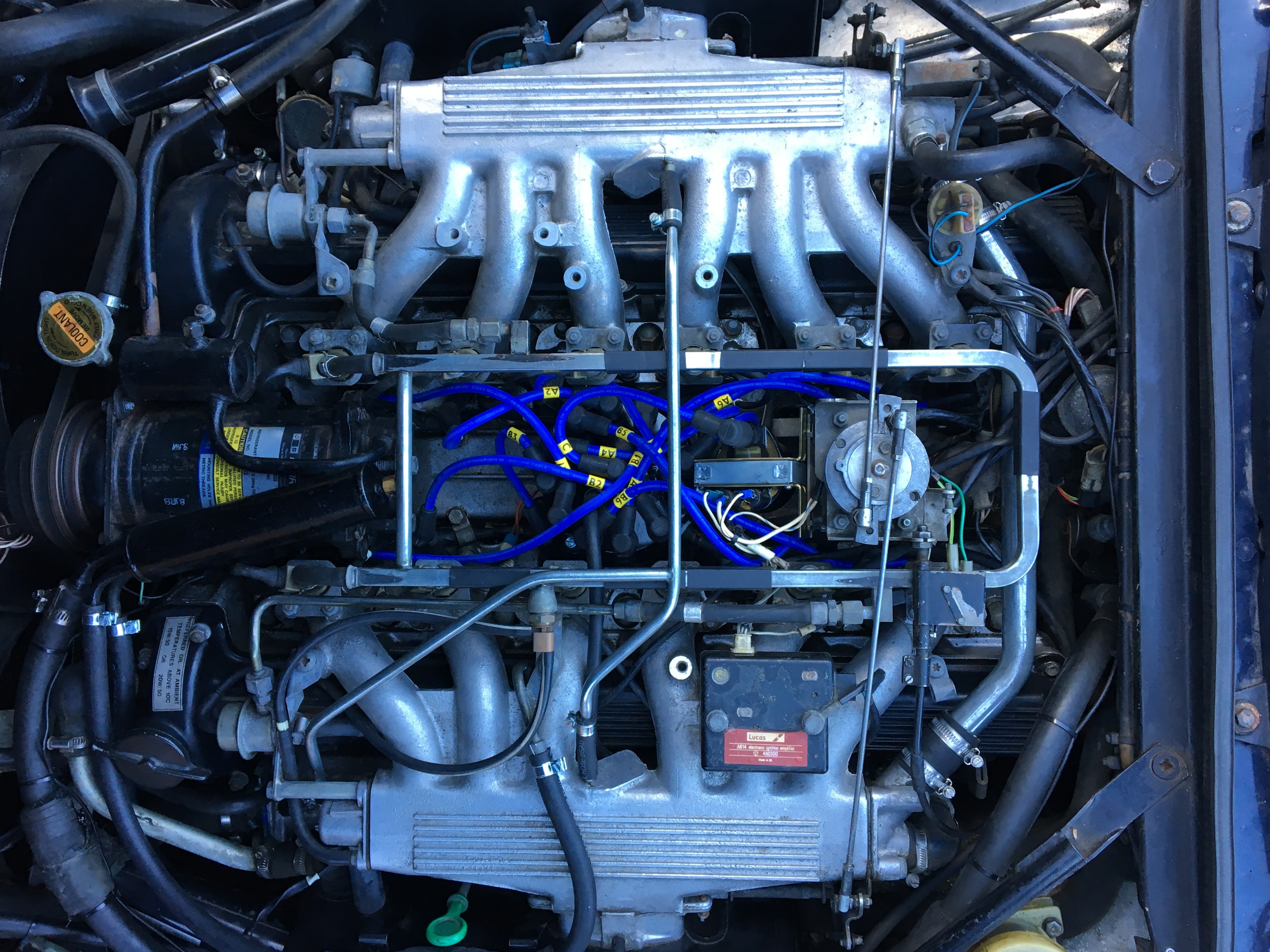